Happy new year and welcome to the latest official patch notes for Ring of Elysium. Here are the full details:

I. Adventurer Season 7 officially launches! Unlock the Adventure Pass to rank up your Tiers, earn in-game rewards, and earn 1400 E-Points back!

Ring of Elysium’s live servers will go down for maintenance for approximately four hours at: 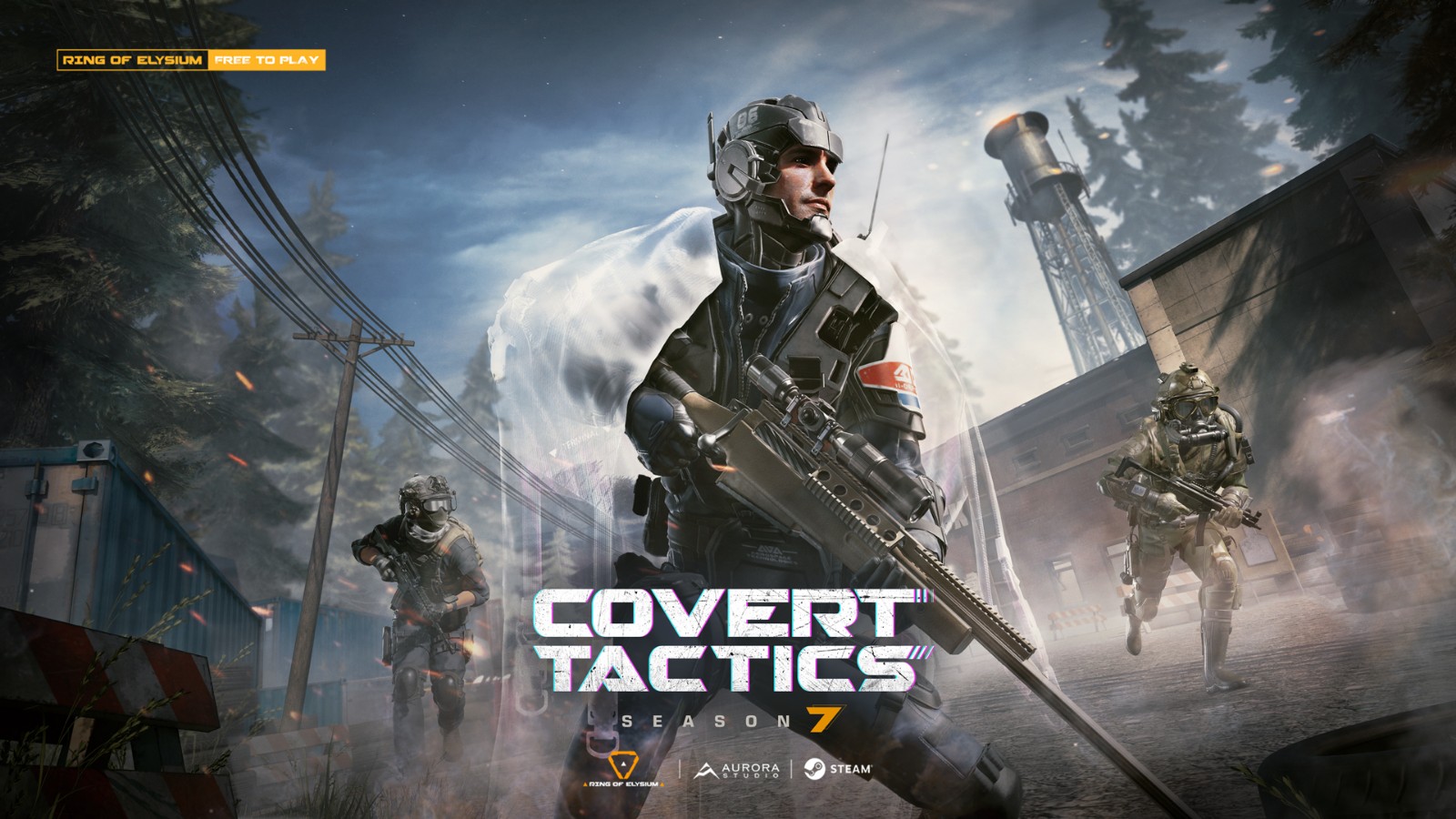 ●   The Adventurer Pass spans over the 10-week season and is a way for players to earn exclusive in-game rewards. By playing the game and ranking up the seasonal Adventurer Tiers, players will unlock various epic rewards including:

■   There will be three Adventurer Characters in this season. All characters have a variety of unlockable styles, and will gradually unlock as the player's Tier increases their Adventurer Pass 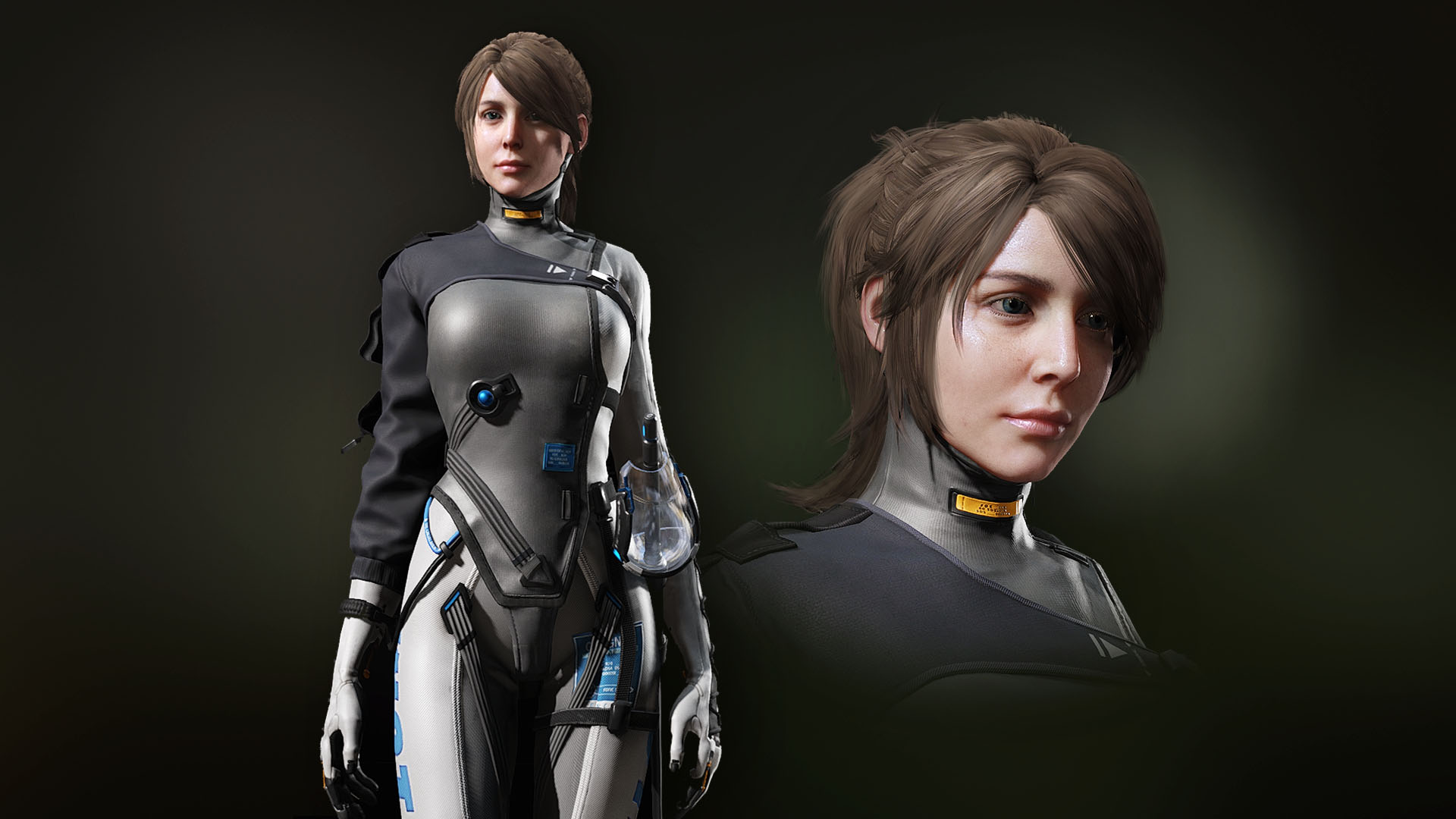 ●   The Adventurer Pass is separated into two parts:

○   The Adventurer Pass, which is available for 950 E-Points. E-Points are a premium in-game currency obtained with real-world money via Steam payment (1000 E-Points is equivalent to $9.99 USD)

●   Players will immediately get a handful of rewards upon purchasing the S7 Adventurer Pass, including two base Adventurer Characters: Elena and Malus! Players will also get access to exclusive Adventurer weekly challenges

●   Players can buy the Adventurer Pass at any time during the season and retroactively earn the premium rewards based on the season tier that they have already reached!

●   As always, none of the rewards in the Adventurer Pass affects game balance, and all unlocked rewards stay forever

○   Use to gain a short duration of near-invisibility

○   When using the Stealth Cloak, you will not be detected by Drones and Battlecar radars

○   Has battery life, the battery will recharge when the cloak is not in use

○   Players can crouch walk during invisibility, but cannot perform other actions such as aiming and firing their weapons

○   This ability will go on a cooldown after each use 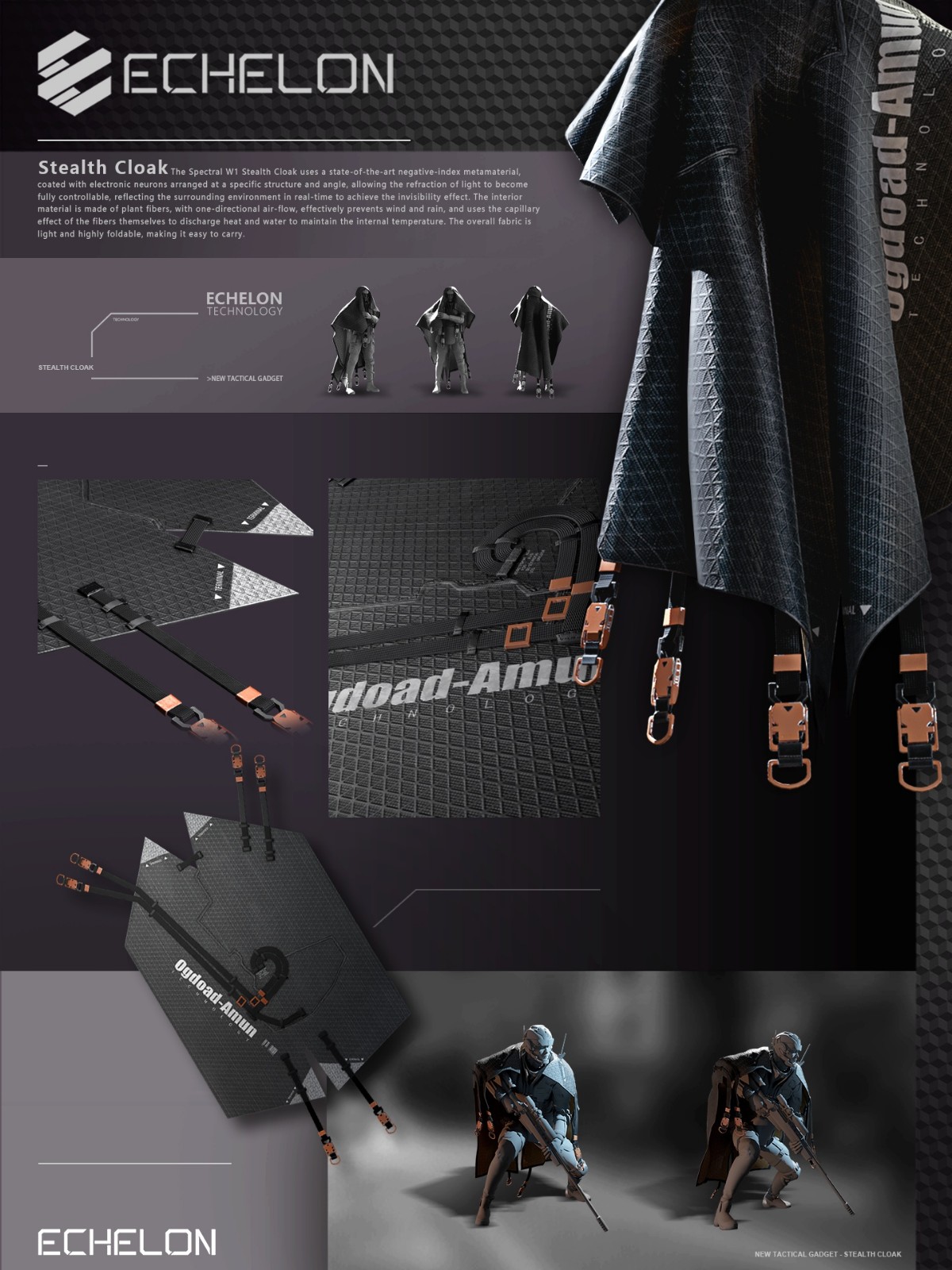 ○   Use to scan the enemy's position within a certain range in front, marking the opponent's position at the moment they are scanned

○   The detector will not reveal yourself, but will warn enemies that have been detected

○   The enemy position marks will not move with the enemies

○   This ability will go on a cooldown after each use

●   Campbell Shooting Range: this abandoned facility is filled with CQC training grounds, shooting targets, and vegetation! Are you ready to jump in for an epic training session? 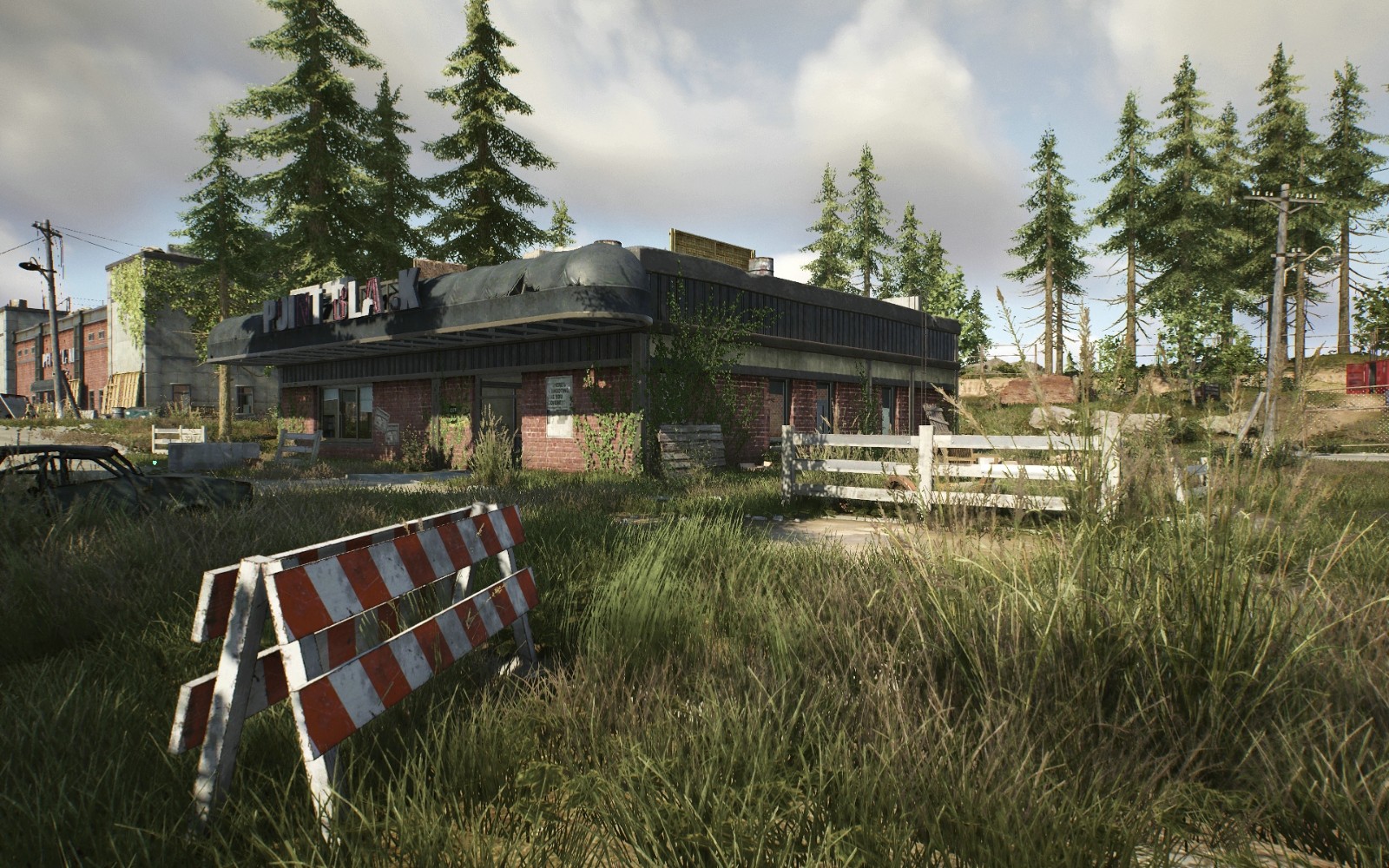 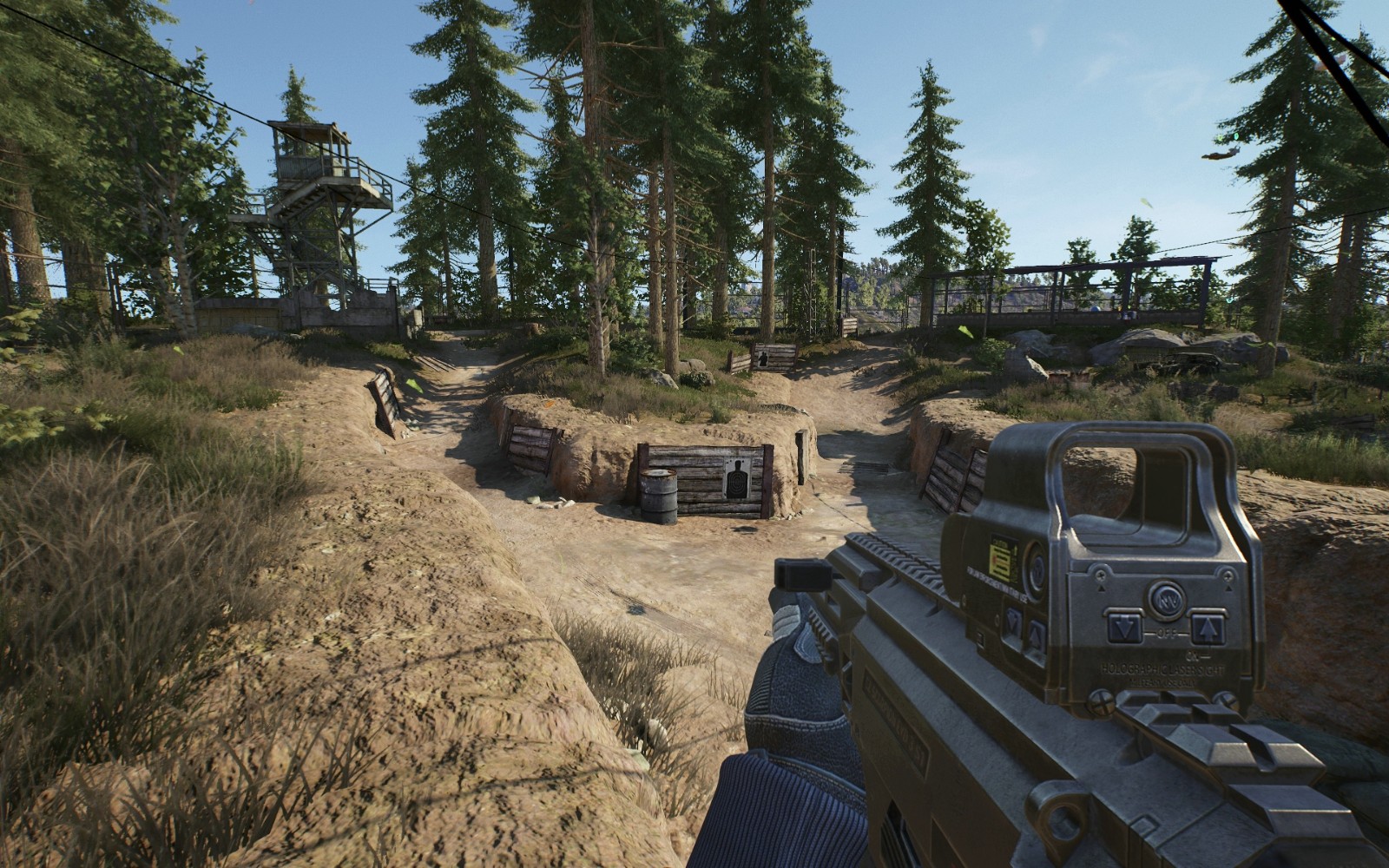 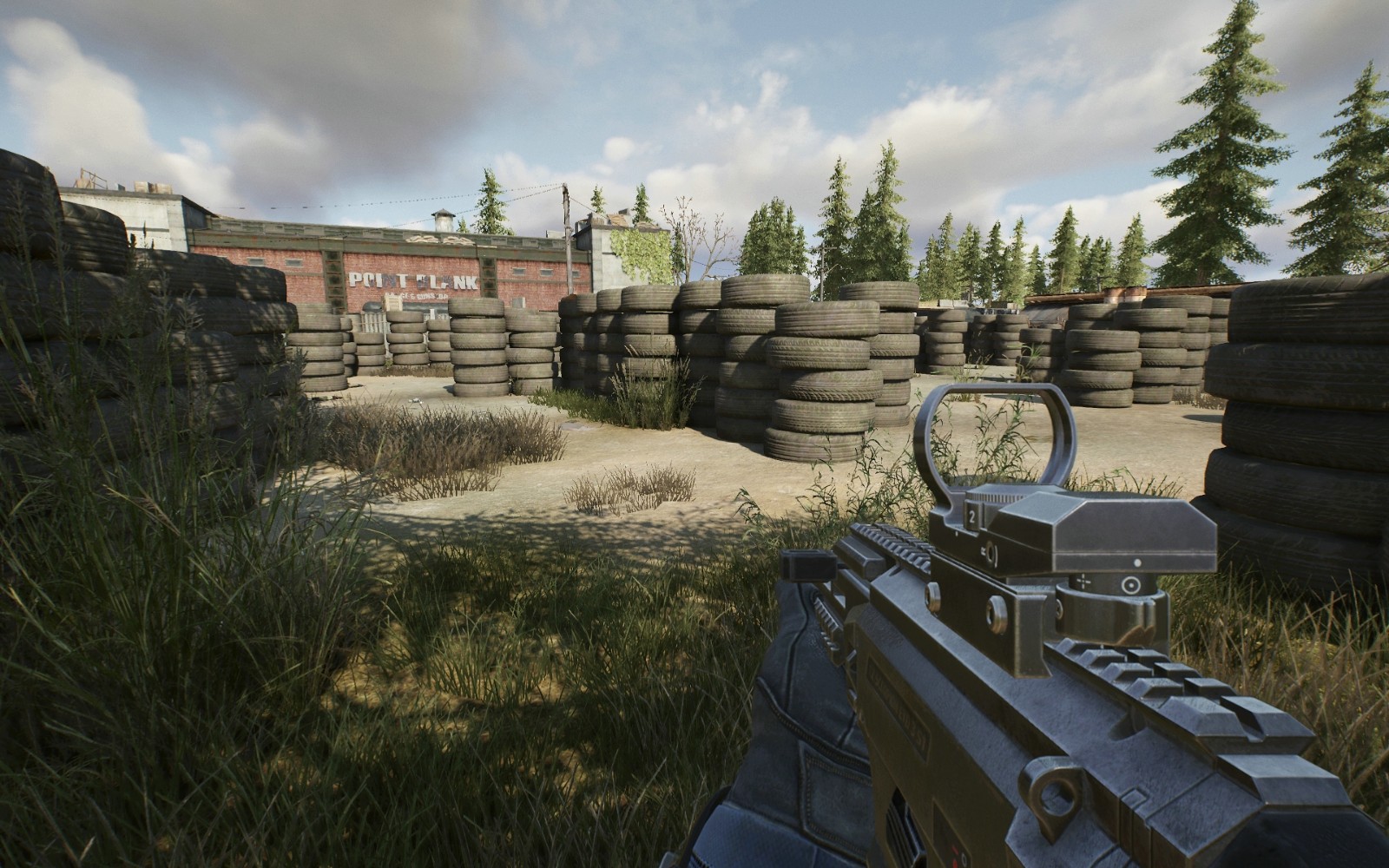 ●   Drone duration has been increased to 45 seconds

●   Drone cooldown has been increased to 180 seconds

●   Mini-SUV’s radar cooldown has been increased to 180 seconds

●   In FPP mode, removed the default camera angle reset after getting off the BMX

●   During the event, log-in to get the 14-day free-trial version of the skin immediately

●   Reach 100 points during the event period to earn the permanent version of the skin for FREE!

●   This weapon skin is limited to this event. After the event, this skin will not be sold in any form. Make sure not to miss it! 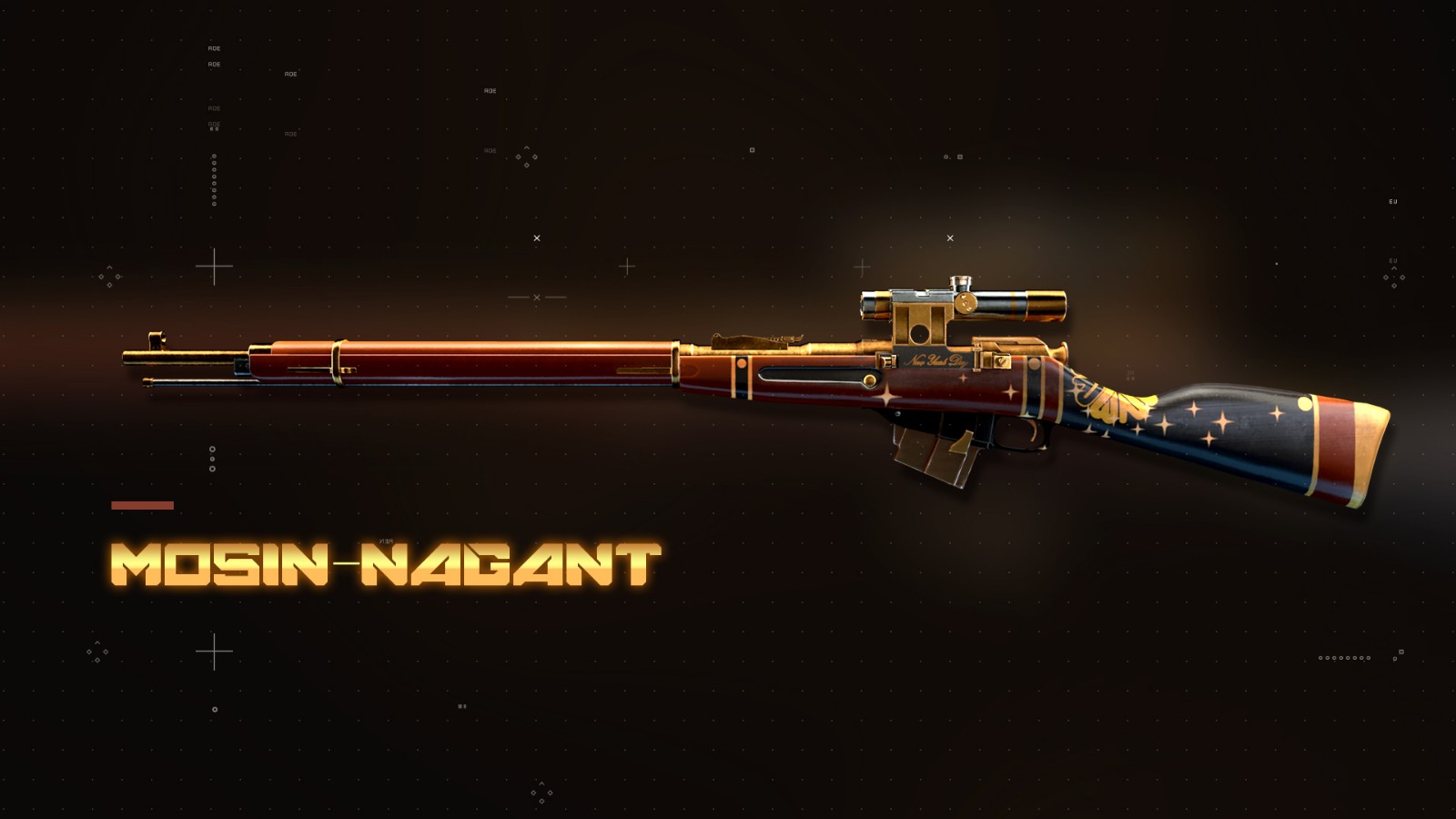 ●   Happy new year, Adventurers! Log-in to the game this week to get your special gifts and start off your 2020 in style! Rewards include an exclusive accessory, portrait, and a vehicle appearance for the SUV 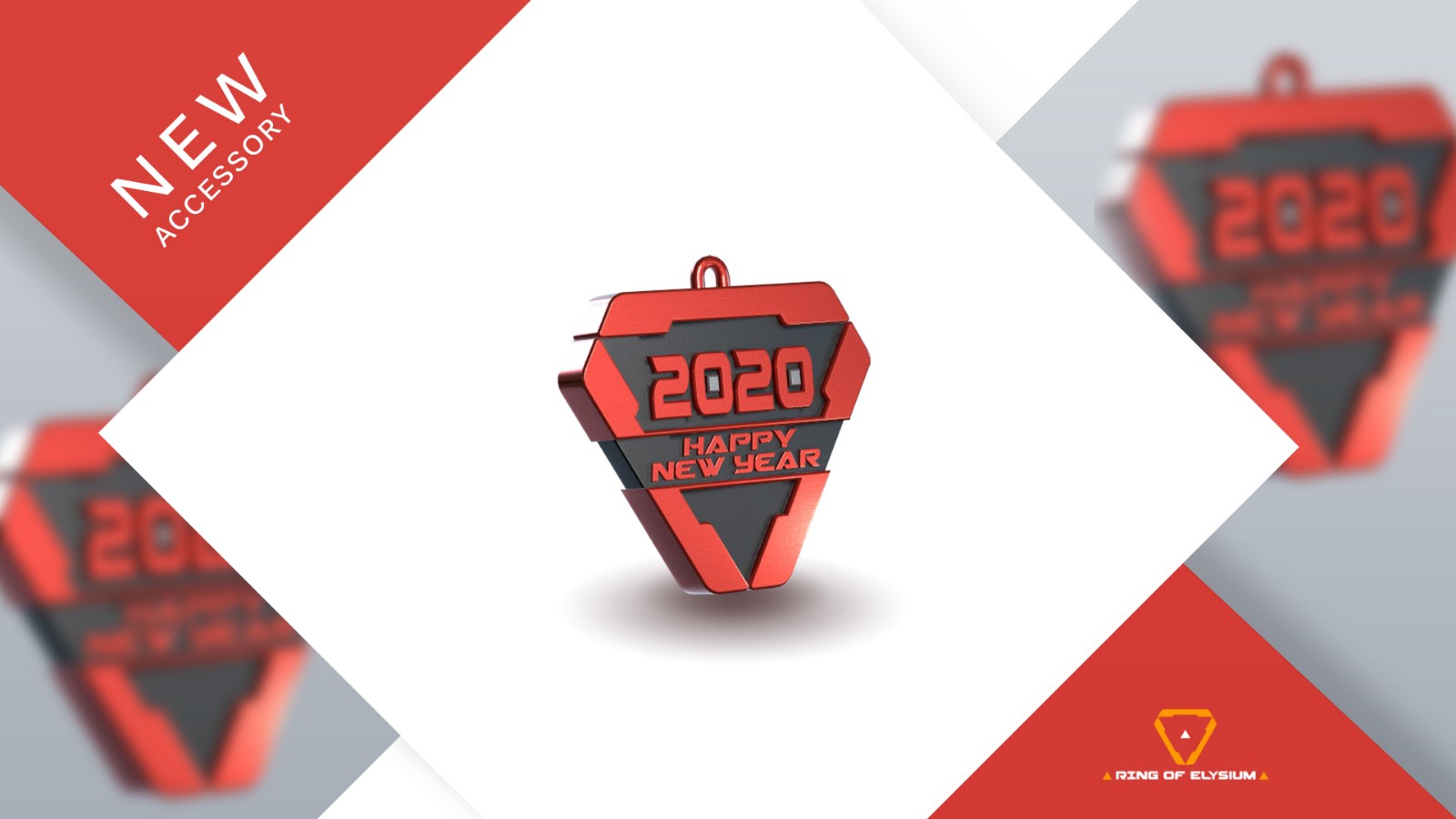 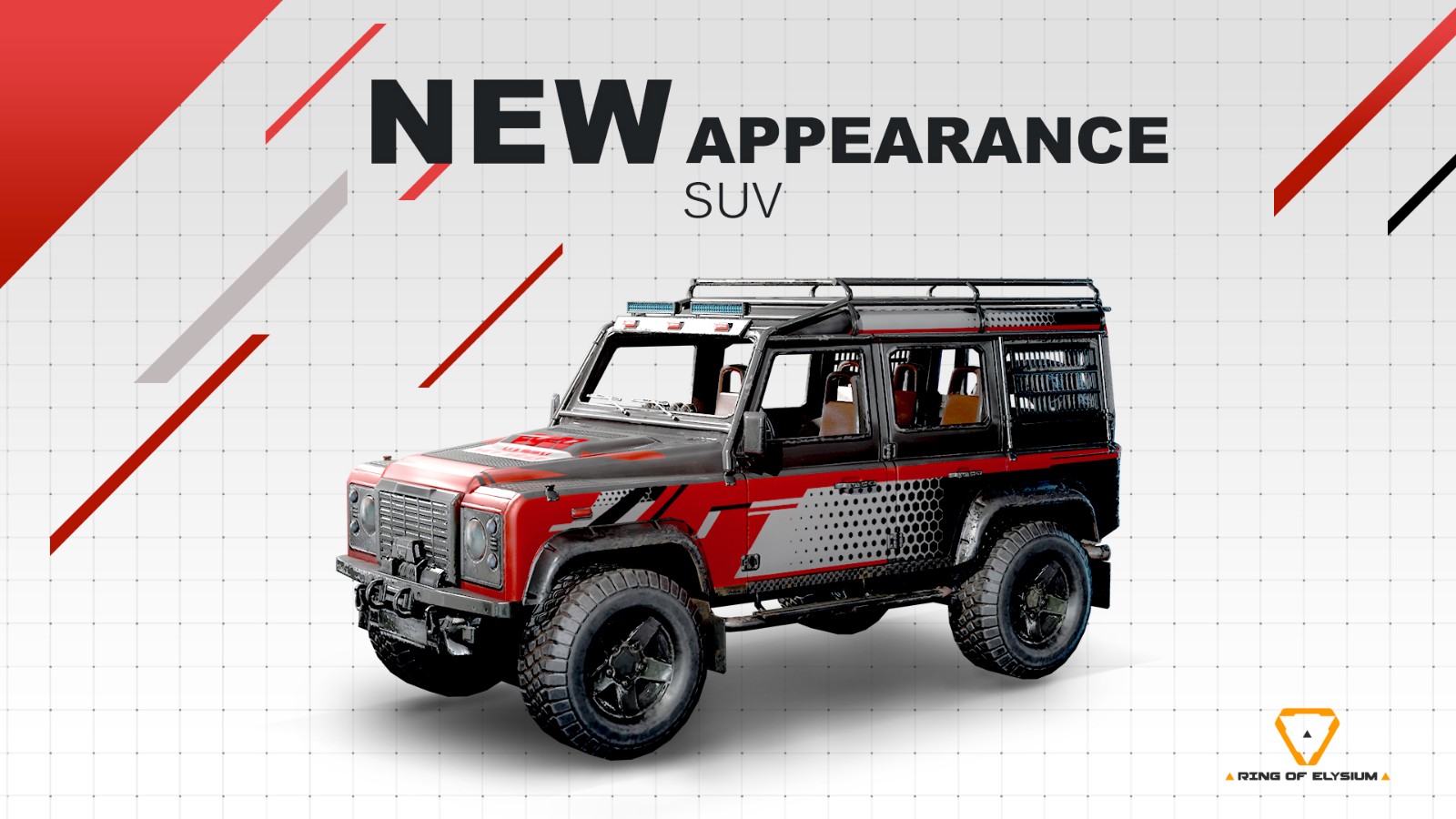 ●   Introducing “Supporter rewards”! Purchase any amount of E-Points during Season 7 to claim a supporter reward pack at the Event Center, rewards include an Epic MP5 weapon skin, a vehicle appearance for the mini SUV, and a special portrait 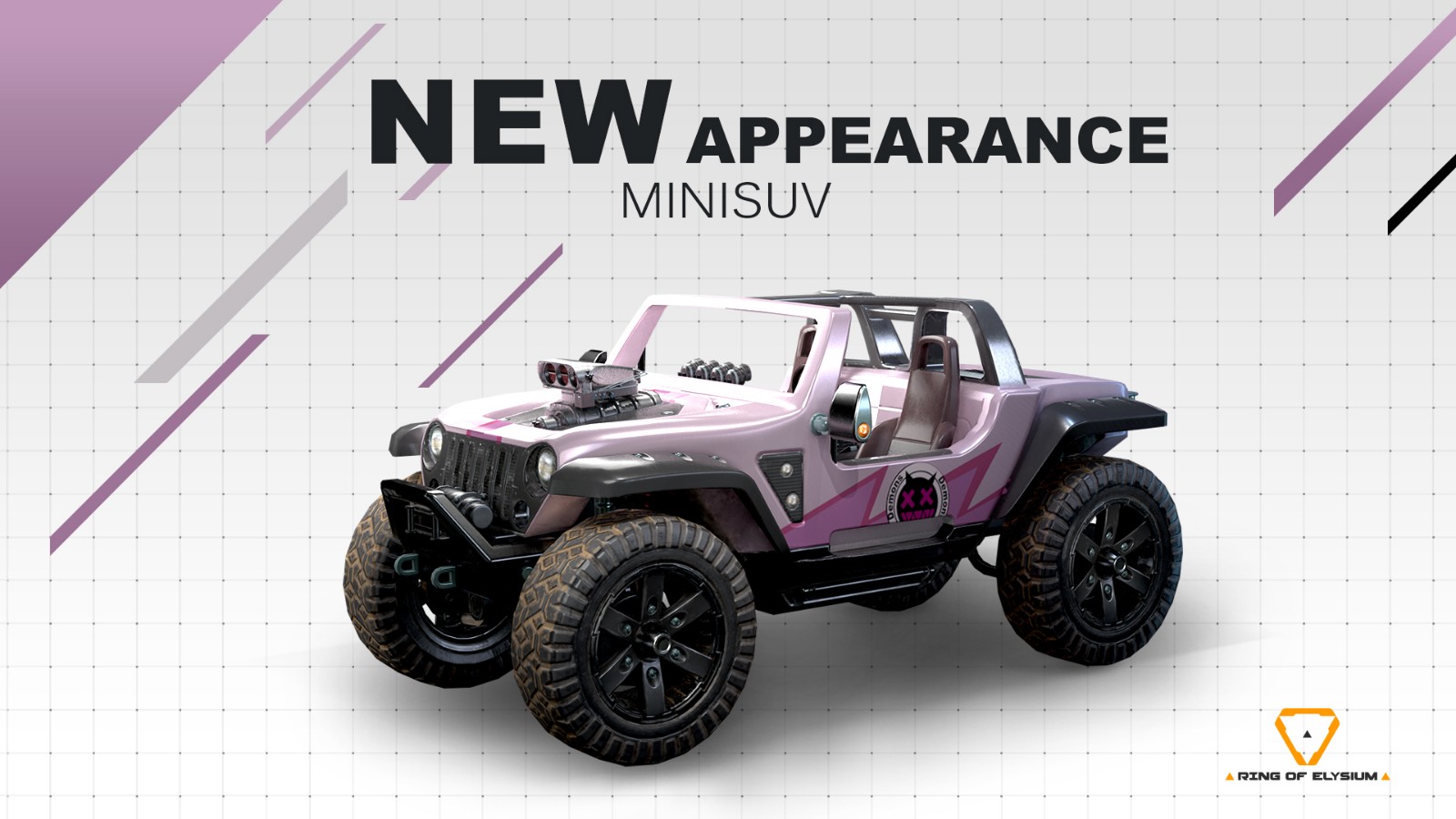 ●   Lucky Draw is back and updated with new rewards! With an epic prize pool including the G36 – “Shadowtech” weapon skin, a set of traversal equipment appearances, a vehicle appearance for the SUV, and an adorable mummy accessory!

○   This event is divided into four 7-day stages, players can draw 5 times during each stage and each draw costs 50 E-Points

○   Players are guaranteed to get one item from the prize pool per draw, and items already drawn will not be repeatedly rewarded 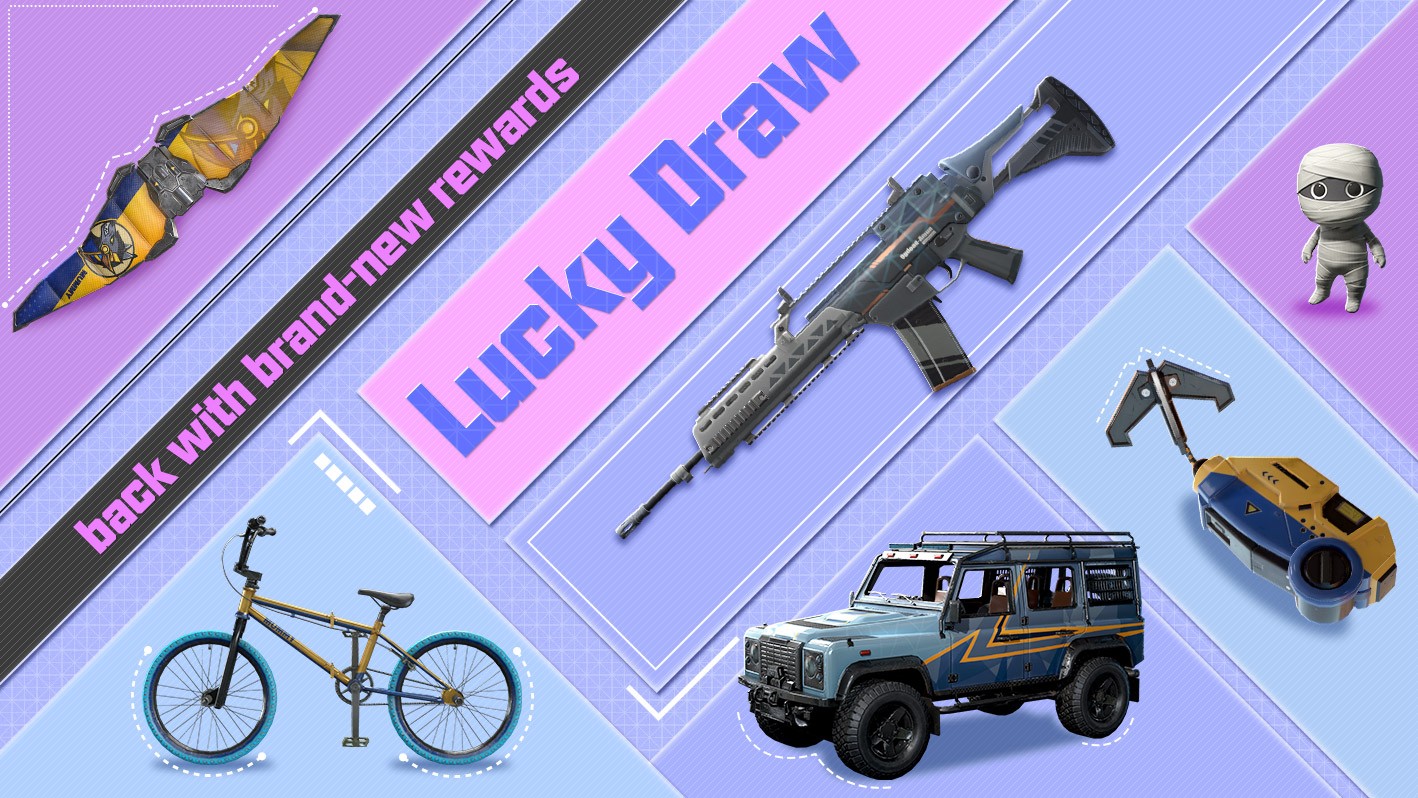 ●   The gift box contains not only a limited-time trial card of a random Adventurer Character and the M4A1-Infinity weapon skin, but also some refreshing traversal equipment appearances!

●   With the launch of Season 7, we will reset the leaderboards, player ratings, and all personal statistics. This will continue to happen at the start of every new season

●   To celebrate the launch of Season 7, and to allow players to earn more exclusive rewards with their friends, we have fully updated the rewards of the Battle Buddy invitation system

●   All players’ Battle Buddy lists and Battle Buddy relationships have been reset with the launch of Season 7. Players are welcomed to continue recruiting new Battle Buddies in the Season 7 to join your adventures in Ring of Elysium

●   Fixed an issue where Mobula's character style appearance was incorrect