l  Happy Thanksgiving, Adventurers! Log-in during Nov. 28 to Dec. 5 for some free rewards, including three traversal equipment skins, a vehicle appearance, and an accessory. Players who haven’t logged in during Season 6 also gets a bonus 30-day random Adventurer Character free-trial card and a 7-day experience boost

l  The Thanksgiving Lootbox contains tons of exclusive, high-quality skins at a great value: including a golden turkey accessory, a turkey vehicle appearance, and an epic-quality Thanksgiving weapon skin with special effects

l  This skin bundle costs 500 E-Points and will be taken off the Store on Dec. 11 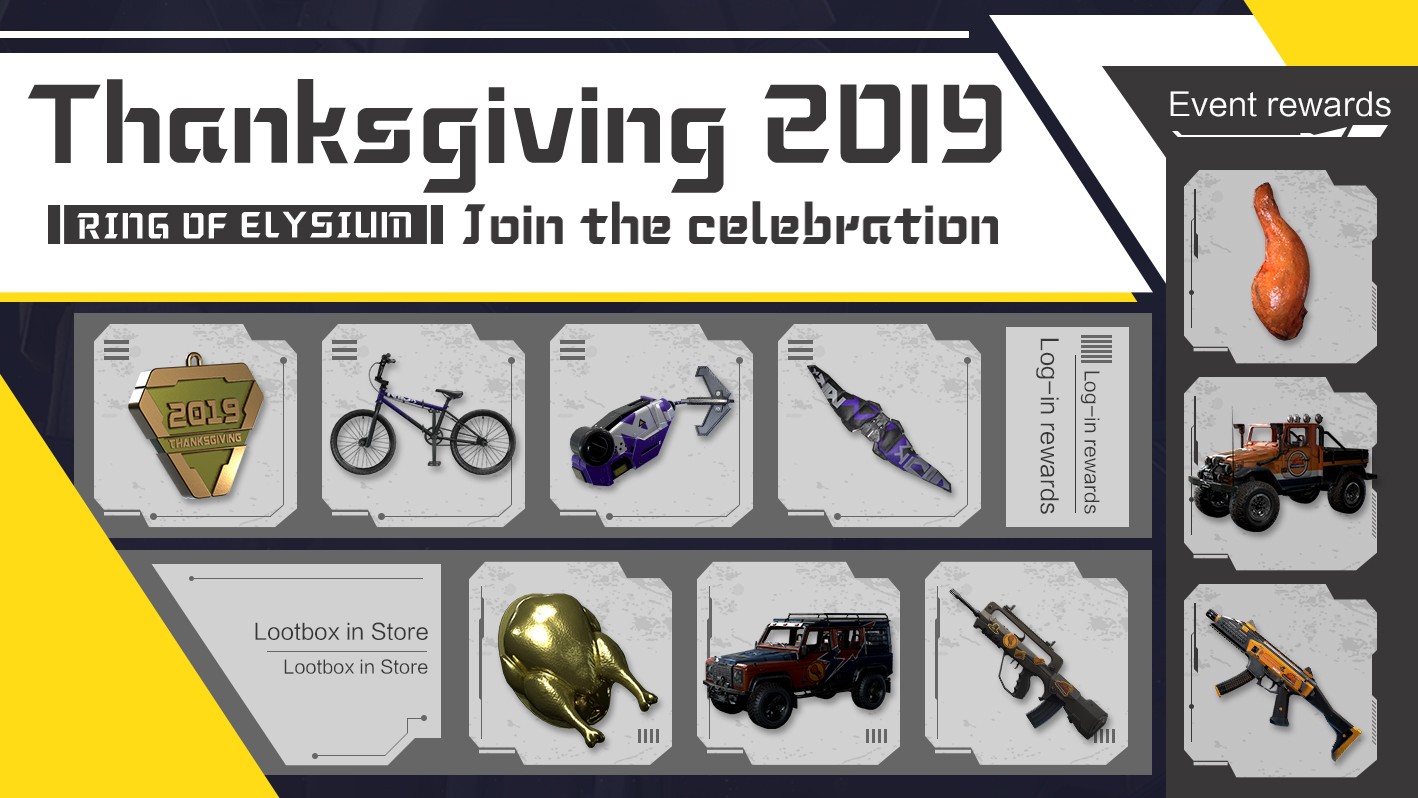 l  Introducing the “Battle Rush” LTM rotation, from Nov. 28 to Dec. 31, a Limited-time mode will be enabled for each day during the week:

u  Played on Mt. Dione, only sniper rifles and Desert Eagles will be spawned as weapons on the map, with TAC-50 placed in airdrops

n  Tuesdays- From Dusk Till Dawn

u  Survival-focused game mode played on night time Mt. Dione, players need to scavenge resources and start a campfire indoors when the snowstorm surges and survive until dawn

u  Classic Mt. Dione with the original Glider, Snowboard, and Climbing traversal packs

u  Default weapon: the RPG-7

u  Loot on the map only includes: RPG-7, RPG ammunition, grenades, armor, and healing items

u  Zone times in this game mode are slightly faster

u  Fast-paced, action-packed game mode played on Europa Island, 3-man Squads only, players need to collect oxygen; stay in the ever-changing Ashen Eye safe zone and become the O2King to outlast your enemies 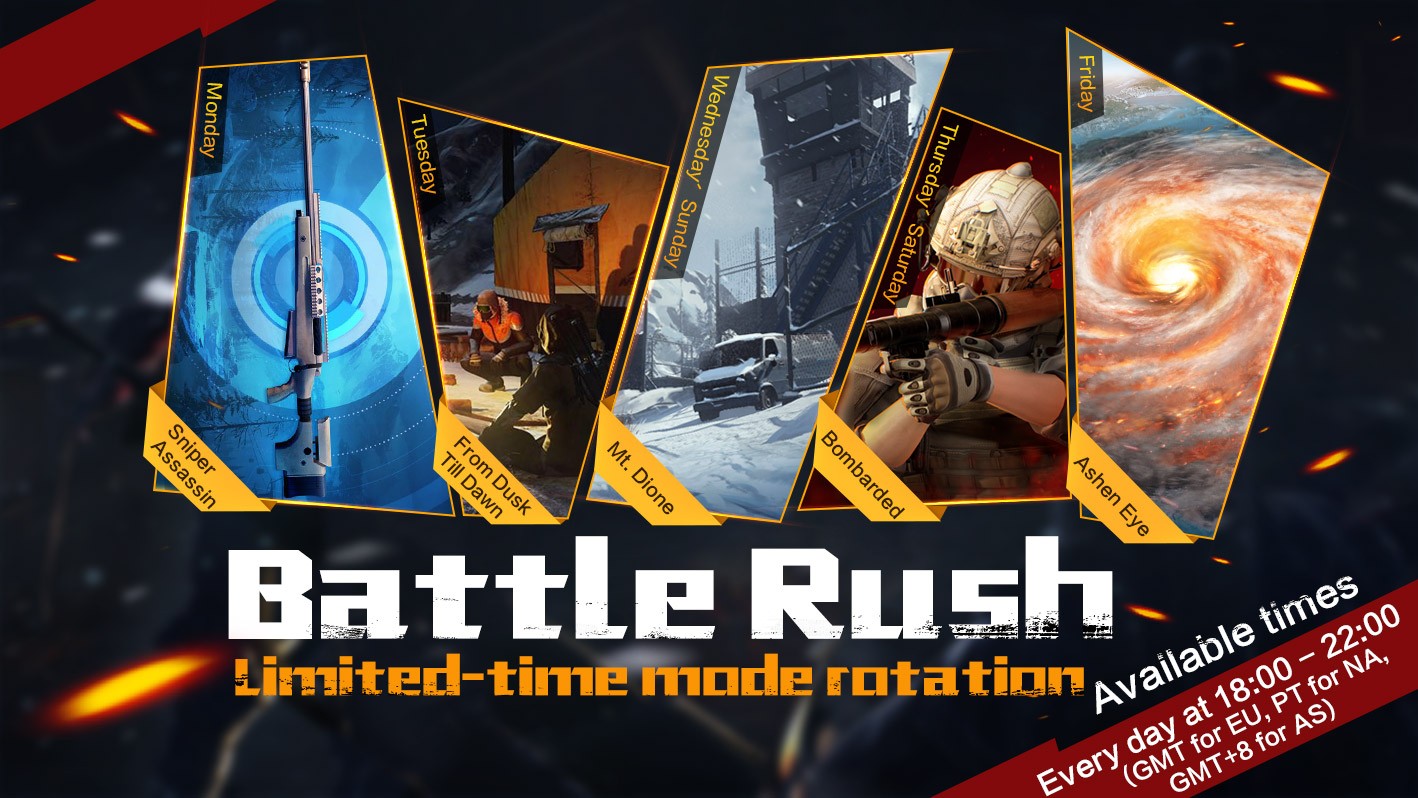 l  Optimized the hitbox for drones, making it closer to the icon

l  Fixed several incorrect collisions and textures on the map